CoinFund Is In The Heart Of The Blockchain Revolution (1556)

After consolidating itself as the leading company in the world of social networks, Facebook has decided to intensify its efforts to enter the world of crypto and blockchain technologies in an attempt to expand its business model.

According to a report from the tech news portal Cheddar, Facebook has been quietly but resolutely focusing on research and development related to Blockchain technologies and perhaps exploring the creation of a proprietary cryptocurrency.

As reported by Ethereum World News, back in May, Facebook created a Blockchain Development Department, with David Marcus at the head. At the time, Marcus commented that he had in mind to start with a small group of people to explore the various possibilities without talking about any particular type of interest:ve, or new ways to share information.

” I’m setting up a small group to explore how to best leverage Blockchain across Facebook, starting from scratch …  However, it seems that the potential offered by blockchain technologies is greater than what the Facebook team expected, and since that time, more than 40 new members have joined the division among which stands out an important group of “former PayPal execs.”

According to information published by the Web 2.0 behemoth, the use of blockchain technologies could be oriented to areas related to the economy or the data transmission.

[Facebook’s] ultimate goal is to help billions of people with access to things they don’t have now, which could be things like equitable financial services, new ways to save, or new ways to share information. 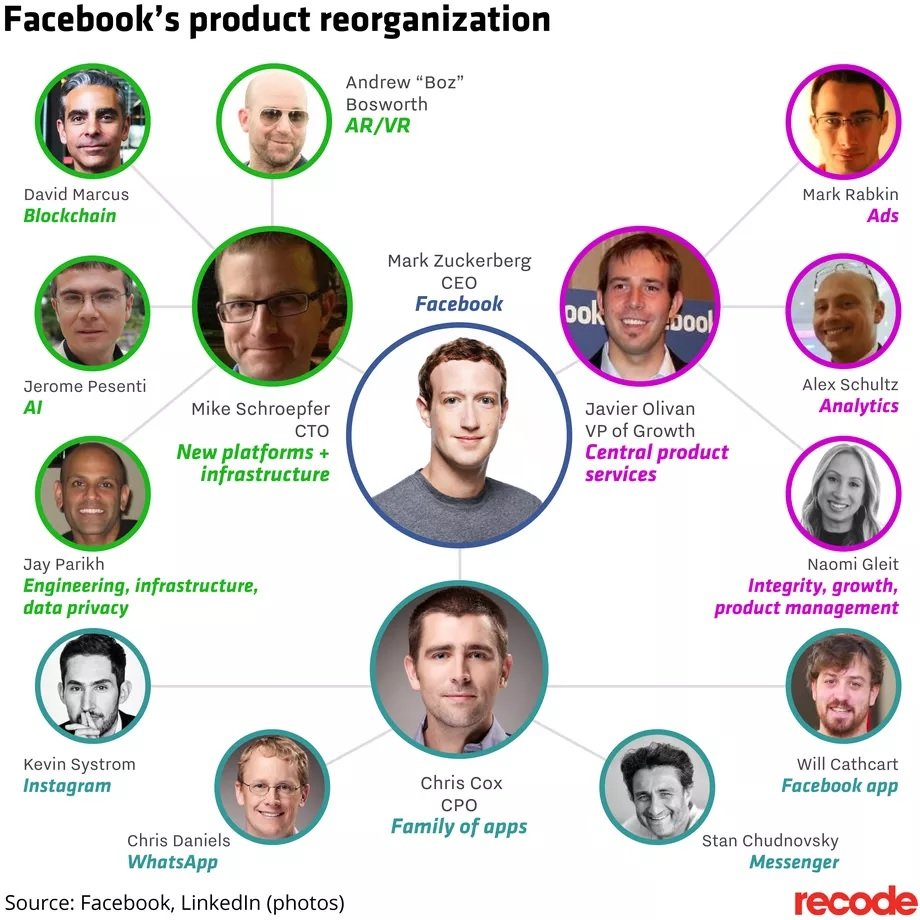 However, Facebook has kept the research and work of this team as secretive as possible. After being asked about Mr. Zuckerberg’s expectations of this department, a spokesperson commented that he could not give more details besides the exploratory character that this team has at the moment.

“Like many other companies, Facebook is exploring ways to leverage the power of blockchain technology. This new small team is exploring many different applications. We don’t have anything further to share.”

Hiring people with experience in both tech and economic business may provide one more hint at Facebook’s intentions. However, it is not yet sure what could Mark Zuckerberg be aiming at. According to an analysis by Ethereum World News Reporter, Mr. John Njui, a native token or cryptocurrency could be particularly helpful for Facebook in many areas:

“With over 2 Billion active monthly users, Facebook cannot ignore the fact that such a user base can use a native cryptocurrency for the following purposes: